Yesterday I was invited to an advanced screening of the movie Room at Landmark Midtown Art Cinema, I invited my friend Gretchen as my plus 1 and it was quite the experience.

Landmark Midtown Art Cinema is a theater most recognized for showing and supporting indie films but they show major films as well.
The theater is located in the rear of the Midtown Promenade shopping center that also houses Trader Joes, Starbucks, The Highlander, Apres Diem and a gang of other conveniently placed bars, restaurants, and shops.

Upon our arrival to the plaza we realized parking was going to be a task. This area is typically pretty congested but they’re currently in the process of repaving the parking lot so there weren’t many spaces available; we ended up parking behind the building next to the dumpsters, wonderful.

When we finally got up to the building, we handed the attendant our passes and rushed to room our movie was showing in. The theaters here are extremely dark, it was very difficult to see which chairs were taken and which weren’t. To avoid tripping and falling over people, I lit my phone up so we could find seating. Five seconds later someone shouts, “TURN THE PHONE OFF!” Man, impatient crowd! We eventually found two available spots and enjoyed the rest of the movie, save for the guy behind us who kicked and kneed the backs of our seats each time he adjusted himself. I guess it wasn’t entirely his fault.
Besides the cramped, uncomfortable seats and their funky snack bar menu, I think this theater is really cute and retro, I’ll be back.
I was there for a free screening so I didn’t pay for my movie ticket but from what I could tell, ticket and concession prices will run you about the same as any other movie theater in the area. And if you’re planning on visiting Landmark Midtown Art Cinema in the near future, plan to arrive a bit early to find parking and seating to keep from being yelled at! 🙂

Now this isn’t a movie review blog, but I do want to discuss the movie briefly.
IT WAS ABSOLUTELY GUT WRENCHING! I HATED IT! I LOVED IT!
The film ended on a positive note but I still walked away with my stomach in knots. Without giving anything away, Room is a book to movie film about a young woman who was kidnapped and is raising her child in the confines of a tiny shed, the outside world an enigma to him.
You certainly won’t be disappointed if you go check it out, but there will be sadness and maybe even a tear… or 20.
The film is set for nationwide release November 6th, 2015. 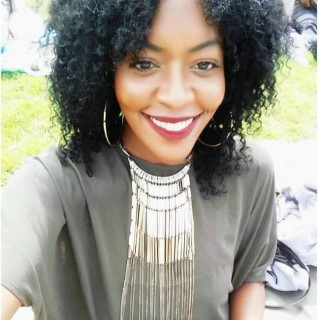 My name is Samantha, I'm a young 20-something living in Atlanta and I am suffering from a severe case of wanderlust. Due to school, work, and a lack of funds, I can't travel like I desire to but I'm determined to take 3-4 budgeted trips a year going forward, documenting my travels. In the meantime I will be sharing little gems I find in and around Atlanta as well as any other city I find myself in for longer than a day! Along with sharing my zest for tasty foods, an active life, and tons of fun, I'll also be sharing my love for music, books, fashion, and everything else in between.